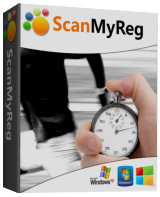 Giveaway of the day — ScanMyReg 2.2 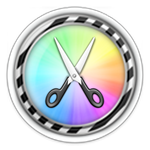 IObit Advanced SystemCare
Heal up your system and speed up your PC with the help of 25.

I installed ScanMyReg, and then ran a scan. It found 2,006 registry errors. However, the majority of these were false positives, which means that they were actually valid registry keys. If I had let ScanMyReg delete these valid registry keys, it may have caused serious problems. Because of this, today's giveaways is unsafe to use, and should most definitely be avoided.

The publisher states that by fixing the found errors "your system will run faster and error free." However, this is quite simply not true. At least 99.9% of the time, cleaning the registry will not make your computer run faster or fix and errors or other problems. So, aside for the issue I've already mentioned, would you really want to trust a registry cleaner, from a publisher that makes highly misleading claims about it?

If you want to clean the registry, I recommend Vit Regsitry Fix Pro. It is one of the few safe registry cleaners. Just about every other registry cleaner is unsafe to use. If you uncheck the Deep Scan option, then it will only ever find registry keys which are safe. Also, the trial version is fully functional and never expires.

However, there is no need to ever clean the registry. As I've already mentioned it extremly rare to gain any benefit from cleaning the registry. At least, if you use Vit Registry Fix, it won't cause any problems.

After scanning found 880 "errors", after checking a random sample (20 reg files) of the reported errors 90% of them were false positives, had I gone ahead and let it "fix" the errors the chances that my machine would have been trashed. There is absolutely no need to clean your registry, cleaning your registry has no impact on computer's performance, unless there is a corrupted reg file (unlikely). These programs are nothing more than snake oil and are more likely to cause more problems than they claim to fix. I only installed to have a quick look see after reading the comments posted. Dangerous if believe the reports this and other such programs give. They are only trying to make you think it is a "MUST HAVE" program. Didn't let it fix anything and uninstalled.

I have yet to see where a registry cleaner of any kind makes a noticeable improvement of computer performance. Is the computer faster after cleaning the registry? No. Does the computer somehow work better after cleaning the registry? No. So what good is it? A registry cleaner may remove some excess garbage. But other than that, a program like this is simply not needed.

Such registry cleaners are not really required these days and really do have the potential to screw up your machine very effectively.

So if you are going to try such a thing then follow a belt and braces approach.

As a bare minimum make a system restore point and to be sure, create a full image too.

Whilst there may well be a number of unrequired registry entries, many of which will likely come from leftovers from program uninstallations, the chances that your machine will suddenly see a dramatic increase in performance are low.

This is one time when I would say if it ain't broke, don't fix it.

ScanMyReg [or similar apps] may or may not help performance on your Windows device -- the odds of it helping increase the longer an install of Windows has been running [as in years], the more it's been updated, & the more software that has been installed. The only way to find out is to try it -- the way to do that with 100% safety is to perform a disk or partition image backup 1st that you can restore [which you should be doing anyway]. Windows 10's registry is different, & ScanMyReg does not list Windows 10 compatibility, so if you try it with 10 I'd suggest that full backup even more strongly.

To all snake oil claims & similar -- when someone(s) doesn't understand how something may be beneficial, they generally call it snake oil, make negative comments, and sometimes even become violently opposed to whatever [Seriously]. Sometimes they're right, but often enough they're wrong [& refuse to admit it], that those crying snake oil in general don't have 100% credibility. That's true whether you're talking about human health, or cars/trucks, or Windows devices etc. With registry cleaners all you can go by is that many people have said that they help, or have helped them, so if you've got the time & a backup, find out for yourself. After all, since GOTD is saving you the $40 it would cost to find out otherwise, if you've got that time & backup, today might not be a bad day to find out.

As far as all the warnings go, maybe this will help?...

Windows' Registry was originally a central storage place or space to take the place of separate configuration files for every program & Windows itself, not that those .ini files went away completely -- still see them in the Windows folder of 10. BUT... Microsoft doesn't limit what can & can't be entered into the registry, so it's often like the junk drawer in many a kitchen -- whatever anyone wants to put there, they do -- even malware [that way there's no file to trigger AV software]. There are rules, sort of -- more like common sense or practice stuff that's not enforced either.

Windows' Registry can get big -- spread out over several files in different folders it can easily top 300MB. It can take a bit of time & lots of CPU to parse -- to get an idea, open regedit [e.g. type regedit into the run box] & search [in the Edit menu] for a word you make up -- that way you'll search the entire registry rather than stopping when search finds a match. Now it doesn't take as long for Windows or software to read & write specific keys, but you'll get the general idea, that the more there is to the registry the more of a drain it is on your device & Windows. How much of a drain varies along with the registry's size & the amount of hardware resources available, e.g. this is the sort of thing I worry about on my very low powered Windows tablet with very little RAM, much, MUCH more than on my regular PC.

Now you'll read all sorts of warnings [along with some misinformation] when it comes to the registry -- realistically those warnings are very similar to the old: "Don't run with scissors!" Yes, If you change or delete a registry entry that software [including Windows] needs, it may not work properly, or at all, So don't change stuff in the registry randomly.

If you run Regedit you'll see the registry is divided into 5 major keys, each with more [sub] keys, with each of those keys having more [sub] keys & so on -- the hierarchical structure is a lot like the folders, sub-folders, & files you see in Windows Explorer. Each key is like a folder, & instead of files in folders you have individual registry values. You can right click on most any key & export it, which is how you back a key up to a .reg file that can be "merged" [added] into the registry, usually just by double clicking it. NOTE: exporting keys works Much better when the key you're exporting itself contains fewer keys & levels of keys.

ERUNT is an old tool that lets you backup the entire registry, & it lets you restore that backup in Windows, running another copy or installation of Windows, & after booting to a Command Prompt. Setting a Windows Restore Point backs up the registry, but restoring a Restore Point doesn't work 100% of the time. With either ERUNT or System Restore you can have problems if something like your AV software updates afterwards, so always update that, then do one or both of those, & that may help. The only foolproof method however is a disk/partition image backup that you can restore.

Now registry defrag is essentially re-writing the existing registry entries to fresh files getting rid of accumulated white space -- ScanMyReg defrags the registry, & ERUNT includes a tool called NTREGOPT that does that. Depending on how long that copy of the registry has been used, how many updates were performed, & how much software installed & removed, it should shrink the overall size of the registry on disk, though generally not by all that much, making things a little faster, but probably not enough that you'd notice. Registry defrag *might* eliminate some registry file errors [if there are any] by writing new files.

Registry cleaning is a combination of searching for common errors & problem keys/values that are *usually* pretty safe to remove, but beyond that sort of hard-coded list, cleaners can only look for the registry equivalent of bad shortcuts... If an entry in the registry points to a file that does not exist, or another registry key that does not exist, it *should* be perfectly safe to remove that entry. One reason for the long-winded bit about the registry is to point out that without any enforced rules, software can use registry entries that do reference nonexistent files & registry entries. There's no *good* reason for them to do that, but it happens, & when a registry cleaning app deletes that sort of entry, it *may* break that software. OTOH *sometimes* the software it breaks was causing problems, e.g. it was something leftover from an app that was removed, & the regcleaner is said to have performed a miracle cure. It happens.

Harmonium Anywhere
A must have product for quick practice.
$2.99 ➞ 本日 無料提供

Piano For You
Piano For You is suitable for professional musicians as well as for learning piano.
$1.99 ➞ 本日 無料提供

VM vSphere Simulator
Do you want to learn VMware and progress further in your IT career?
$0.99 ➞ 本日 無料提供